FM 2920/Main Street serves as a main East-West connection throughout Tomball. The proposed project will reconstruct FM 2920 from SH 249 to Willow Street, including making safety and aesthetic improvements through the entire corridor, adding new and improving existing sidewalks, and adding elevated medians in the 3-block area of Downtown Tomball and minor additions around Business 249.
This project is part of a larger effort by TXDOT to improve FM 2920 from SH 290 to IH-45.

The City of Tomball and Tomball Economic Development Corporation held a Town Hall meeting at 6 p.m., Thursday, March 31, 2022. At the meeting, representatives from the City, TEDC, and TXDOT provided a project overview and answered questions from the community. If you were not able to attend, a recorded video of the meeting is linked in this section and a PDF of the presentation is posted in the "Key Documents" section below. 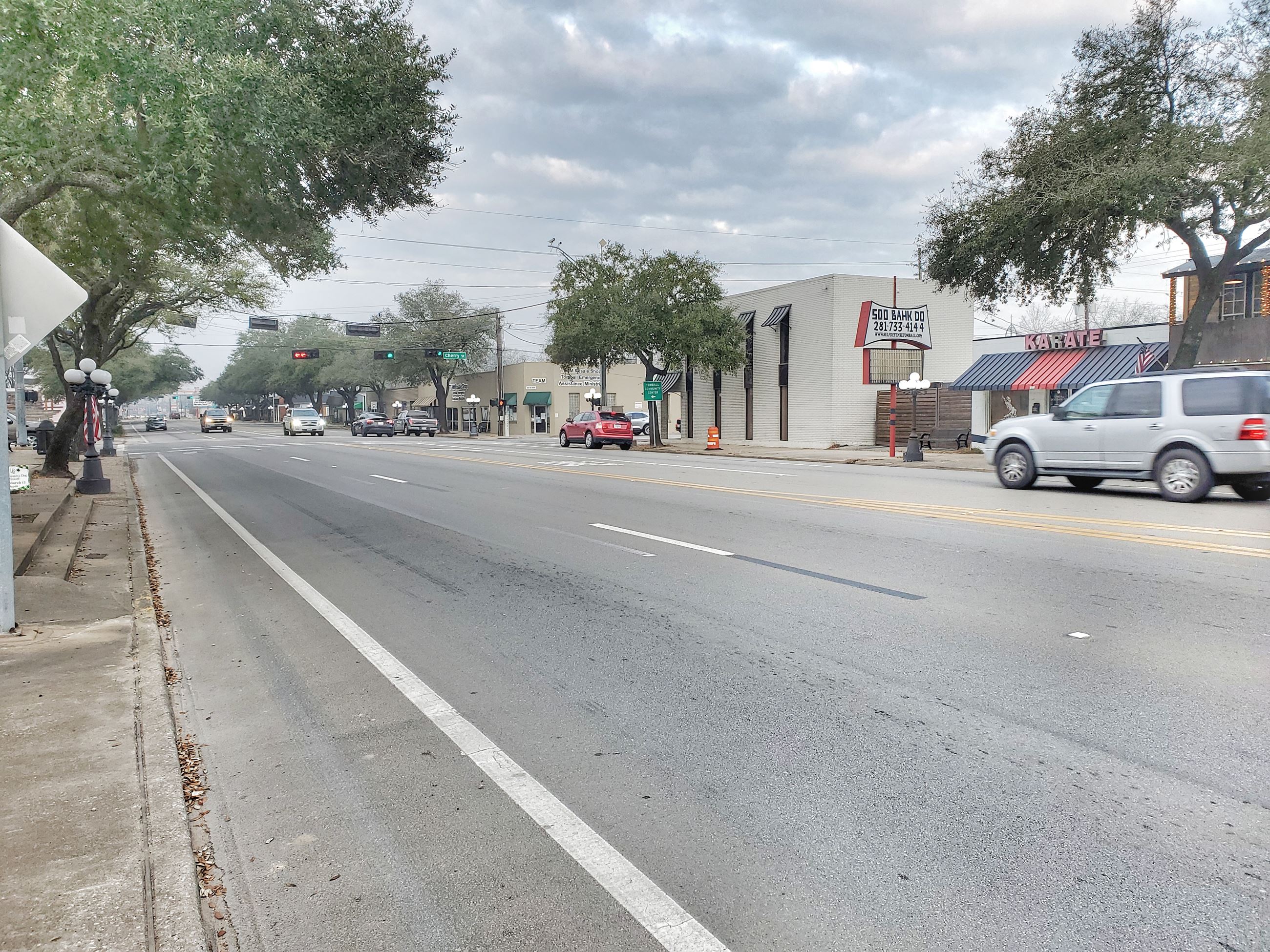 The FM 2920 reconstruction project was initiated in 2007, when the Houston-Galveston Area Council (H-GAC) initiated an Access Management Study for FM 2920 from SH 290 to IH-45. This study looked at the systematic control of the location, spacing, design, and operations of driveways, median openings, interchanges, and street connections along the entire corridor. The study included the collection of information to measure, evaluate, and identify a range of viable short, medium, and long-term improvement concepts that would improve safety and mobility, reduce motorist delay, reduce crash rates, enhance land use, and preserve long-term property values along the corridor. The study also examined ways to increase pedestrian and bicycle connectivity, improve aesthetics through landscaping, and stimulate economic vitality. The Access Management Study was completed and adopted in November 2008.

During the Access Management Study process, community input led H-GAC to commission a separate Livable Centers Study for the FM 2920 corridor in Tomball (from SH 249 to Willow Street). H-GAC, the City of Tomball, and the community recognized that this area was unique and needed a master planned, urban-focused design that would focus on parking, streetscape, pedestrian linkages, and community open spaces.

The Livable Centers Downtown Plan was initiated in 2008 and adopted in 2009. Working together with H-GAC, the City, TXDOT, and a community advisory committee focused on infrastructure improvements and urban design solutions for Downtown Tomball. The goals of the study were:

PRESERVE the eclectic and historic main street classic "Americana" character of the commercial downtown and the historical small town atmosphere of the residential neighborhood.

ENHANCE the collective sense of community pride and heart in the social interaction, celebrations, gatherings, and traditions that define the identify and character of the Tomball community.

The Livable Centers Study looked at Downtown Tomball's existing land use, architectural character, streetscape, and other elements. Through community visioning workshops, the study team focused on short, medium, and long-term improvements needed to enhance the Downtown area, while preserving the social, physical, and cultural character of the area. Over time, the City worked TXDOT to implement various short and medium-term recommendations identified in this study. To accomplish this, TXDOT removed parallel parking on Main Street, while the City developed additional public parking lots and made improvements to the Depot plaza.

In 2015, the City applied for a grant through H-GAC to implement the FM 2920 Access Management Study and Livable Centers Downtown Plan. The City was awarded $28.1 million for the reconstruction and aesthetic improvements needed from SH 249 to Willow Street. As part of that grant application, the City committed $3 million to the project.

The approved reconstruction project included: relocation and replacement of utilities, removal of asphalt roadway and reconstruction as concrete roadway, and continuous sidewalks through the entire corridor; improvements to intersection and addition of elevated medians (the current proposal includes only a portion of the medians proposed in the Access Management Study) at intersection of Business 249 and FM 2920; addition of medians from Pine Street to railroad tracks to improve safety and pedestrian connectivity (as adopted in the Access Management Study); new mast arm traffic signals and black powder-coated vehicular and pedestrian light poles; synchronization of traffic signals; and additional aesthetic improvements, such as improved lighting, landscaping, and pavers.

Have questions about the project? Reach out to a member of the Project Team or submit your question HERE.