Shop with a Cop

Since 1999, The Tomball Police Department has been partnering with Tomball Wal-Mart and Tomball ISD to take 20-25 economically disadvantaged children for a day of Christmas fun, with a police officer. To date, with approximately 360 children and almost $70,000 in family gifts, a new friendship and positive impact with those in our community who would normally only see a uniformed officer during a less than desirable event. These children fill their baskets with slow-cookers for their moms, toys for their siblings and electronics for their dads, the "participants" in Tomball Police Department’s Shop With a Cop program often think of themselves last. Many children are living with someone other than their parents, many are otherwise separated from their family members, and many have several siblings living at home with them.

“My little girl went into Wal-Mart with NO intentions of buying anything for herself,” said first year officer Cleo Thomas. “I had to make her get herself clothes and toys.” They are given $200 and are also provided with breakfast from McDonald’s.

“Do we really have $200 dollars?” one boy asked his police partner, in excited disbelief. 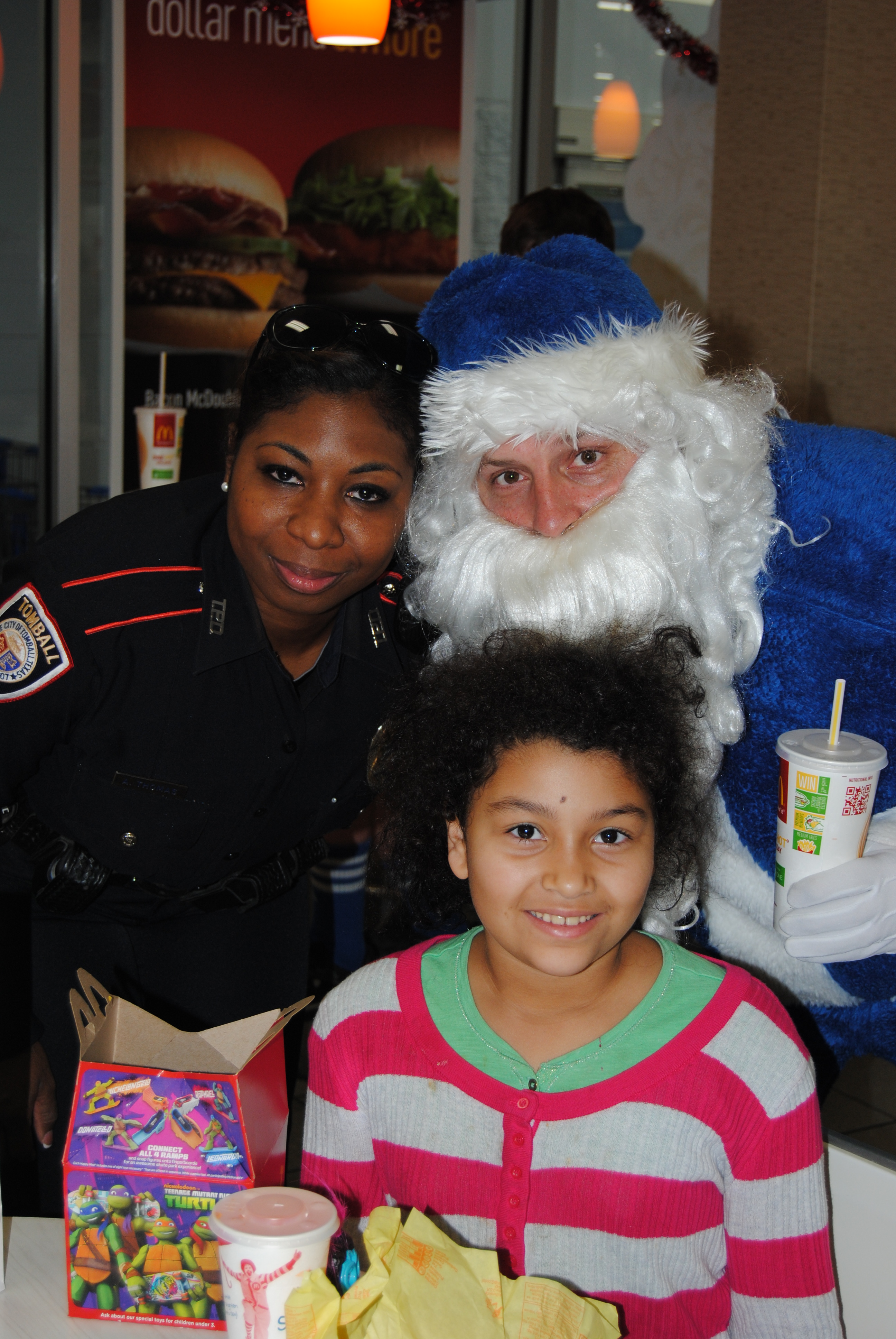 Thomas said her last participant has six siblings and came shopping armed with a list of items for her family members and nothing for herself. When pushed, the girl got both things that she wanted, such as games and dolls, and things that she needed, such as underwear and socks.

Tomball Police Department and Explorer Post 5451 Booster Club will hold a fundraiser each year, to sponsor this amazing program. If you would like to help support "Shop with a Cop" and Explorer Post 5451, tax deductible donations are accepted all year long! EMAIL HERE for MORE INFORMATION!

The Tomball Police Department’s Blue Santa program makes a special visit to Tomball Regional Hospital and area assisted living and retirement communities. Since its inception in 2005 the Blue Santa hopes to make the holiday season extra special for those who may be staying in their “home away from home”, Blue Santa and his elves, the Tomball VIP’s (Volunteers in Policing) and Tomball Citizen’s Police Academy Alumni Association, come bearing holiday wishes and special gifts.

If you wish to help Blue Santa and his elves, your donation of a new stuffed animal, or monetary contribution to purchase new stuffed animals is very much appreciated. The collection point is at the Tomball Police Department at 400 Fannin St., Tomball, Texas. Donations for Blue Santa are welcome all year long.

In an effort to bring Patrol street officers into interaction with Tomball youngsters and to promote literacy, a no-cost program was proposed to public and private elementary schools wherein a day shift patrol officer spends 20 to 30 minutes one day a month reading a book to elementary age children. The school librarian assists in this effort by selecting reading materials from the school library. 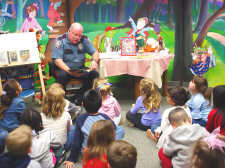 President Kennedy recognized the role of law enforcement personnel and, in 1962, proclaimed May 15 of each year as Police Officers Memorial day in honor of Federal, State and municipal officers who have been killed or disabled in the line of duty, further designating the calendar week during which such May 15 occurs as Police Week, in recognition of the services given by the men and women who, night and day, stand guard in our midst to protect us through enforcement of our laws.

The Tomball Police Department is an example of excellence in responding to law enforcement needs of our community, regardless of the peril or hazard to themselves. 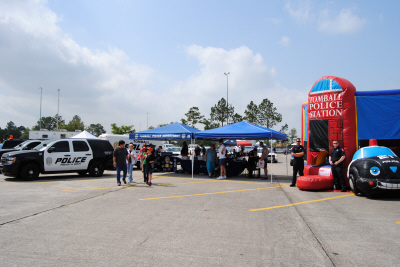 Each year, a ceremony is held for the friends and family of Tomball Police Officers who risk their lives on a daily basis. A ceremony was held to “honor the standing and the fallen” to show support to the loved ones left behind and those who are serving today.

In May every year, officers from around the Houston area including Tomball Police Department represent the Texas Torch Run for Special Olympics. The Law Enforcement Torch Run is Special Olympics’ largest grassroots fund-raiser and public awareness vehicle. At its most basic level, the torch run is an actual running event where officers and athletes run the Special Olympics "flame of hope" to the opening ceremonies of local competitions, or state, provincial or world summer or winter games. 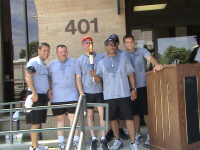 National Night Out, a year-long community building campaign, is designed to: 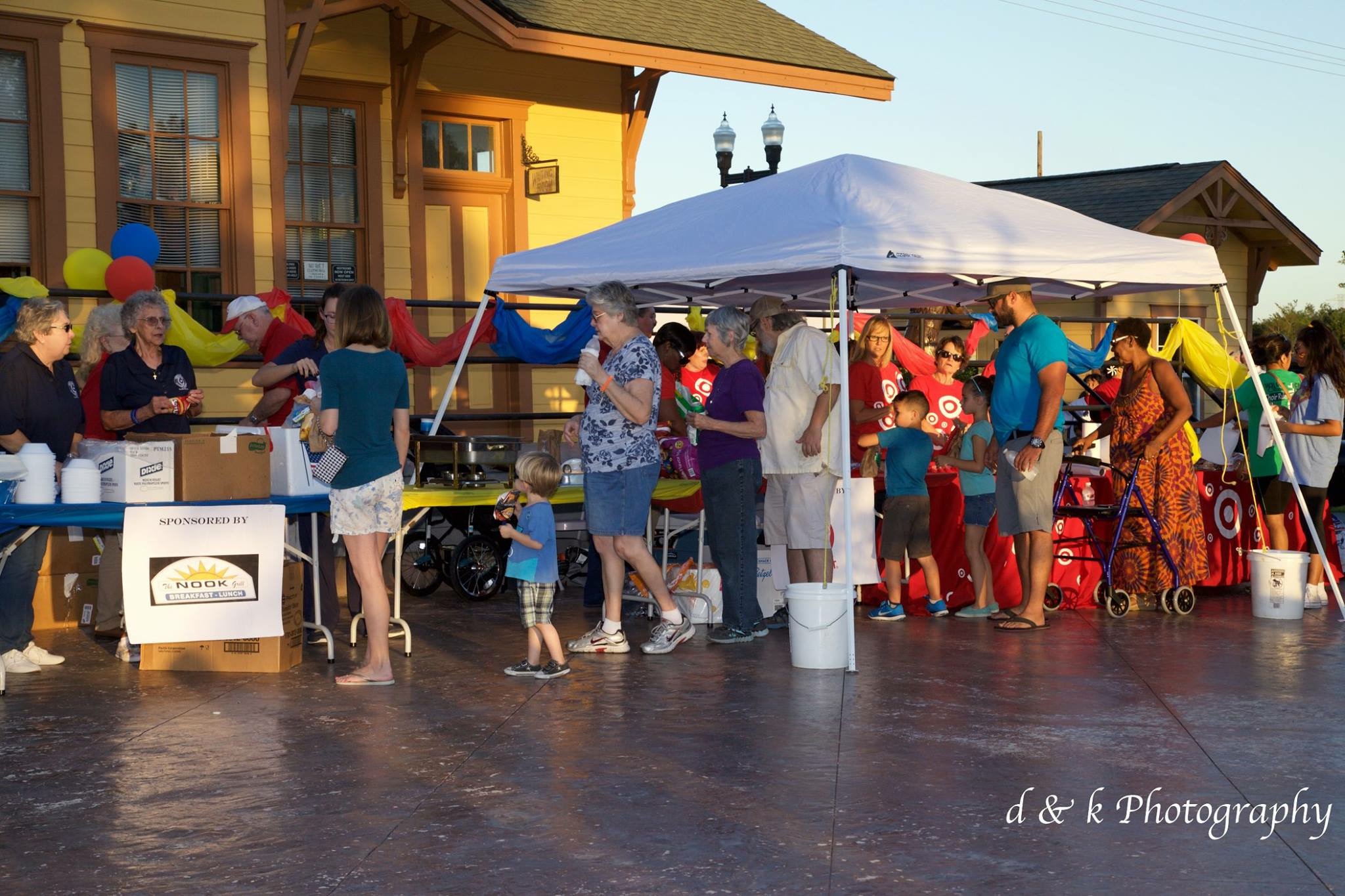 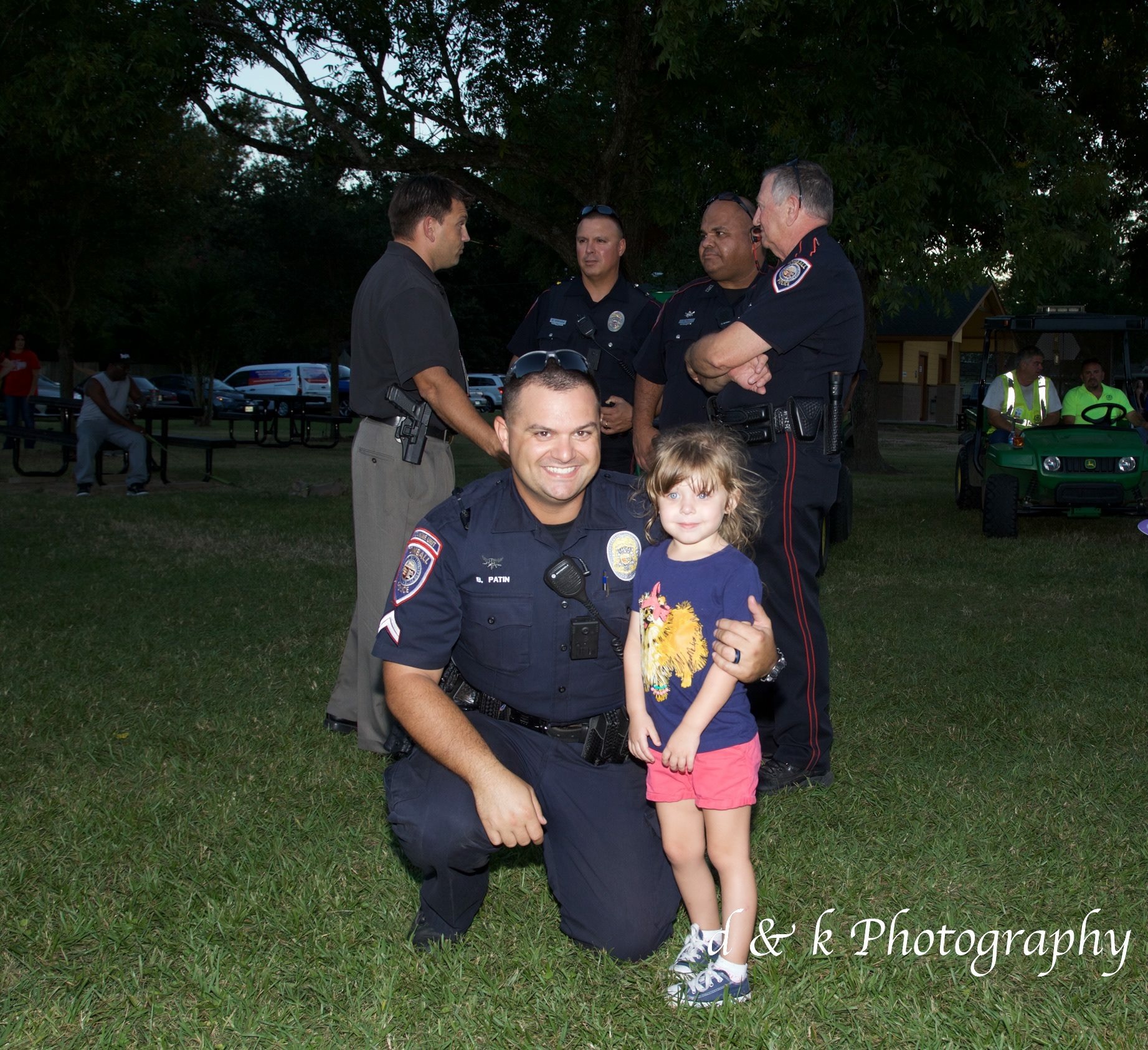 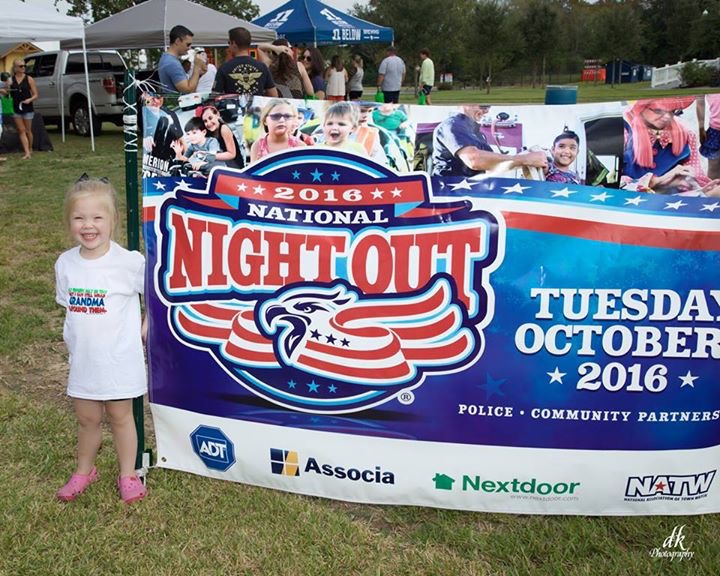 The Shattered Lives of Tomball was developed in 2005, with the first presentation in 2006 at Tomball High School. The Tomball Police Department, in conjunction with the Tomball Fire Department, Tomball Independent School District, Concordia Lutheran High School, Tomball Regional Hospital and area businesses, has decided to address the issue on a community wide basis.

The program is presented on a bi annual basis and graphically stresses the consequences of “poor decision making” by having students involved in a scenario regarding their own death. The program impresses upon the participants and witnesses that death is very real for persons their age and that they are not immortal.

Shattered Lives of Tomball, Inc., is a tax exempt 501©(3) corporation and constantly seeks donations to fund each presentation. 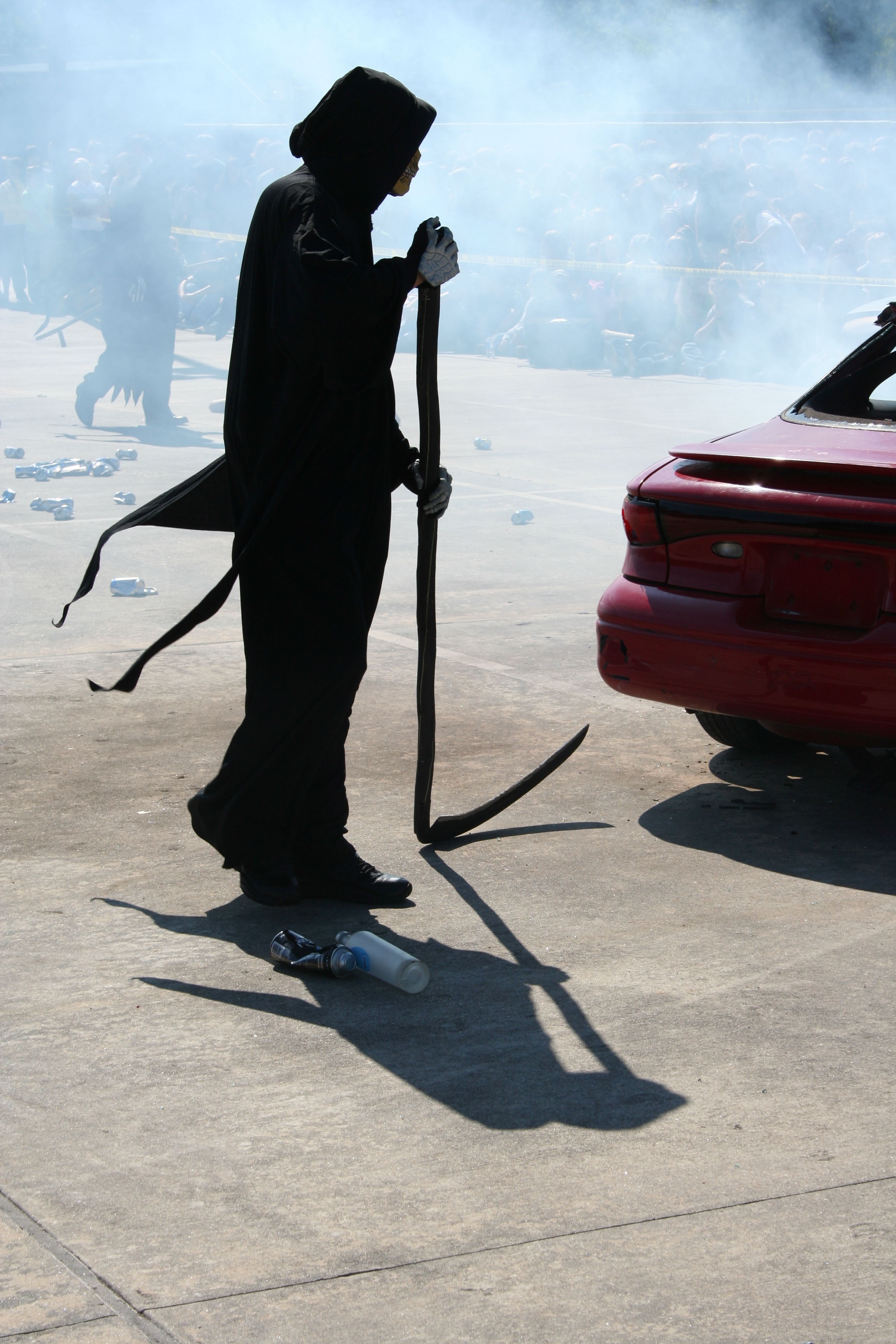