Captain Rickey Doerre graduated from the Captain Clint Peoples Regional Police Academy in Conroe Texas in 1989, and immediately began his career in law enforcement with the Montgomery County Sheriff’s Department. In 1994, after serving nearly five years with the Montgomery County Sheriff’s Department, Captain Doerre became a member of the Tomball Police Department and was assigned to the Patrol Division.

In 1997, Captain Doerre was promoted to the rank of Corporal, serving as a supervisor within the Patrol Division. He was later promoted to Sergeant in 1999 and assigned to the Tomball Independent School District as a D.A.R.E. (Drug Abuse Resistance Education) instructor and student resource officer.

In 2003, after serving five years as a student resource officer with the Tomball Independent School District, Captain Doerre transitioned back into the patrol division, and  assume the duties and responsibilities of police instructor. Later in 2003, he was promoted to the rank of Captain, assuming Command of the Patrol Division. In 2007, Captain Doerre transitioned from the patrol division to the investigative division of the police department assuming command of the Criminal Investigations Division.

Captain Rickey Doerre is a graduate of Tomball High School; he received his Bachelor’s Degree from Midwestern State University in Applied Arts and Science. He holds a Masters Peace Officers Certificate from the Texas Commission on Law Enforcement Standards and Education; is a Certified Police and Firearms Instructor; and Advanced Accident Investigator. 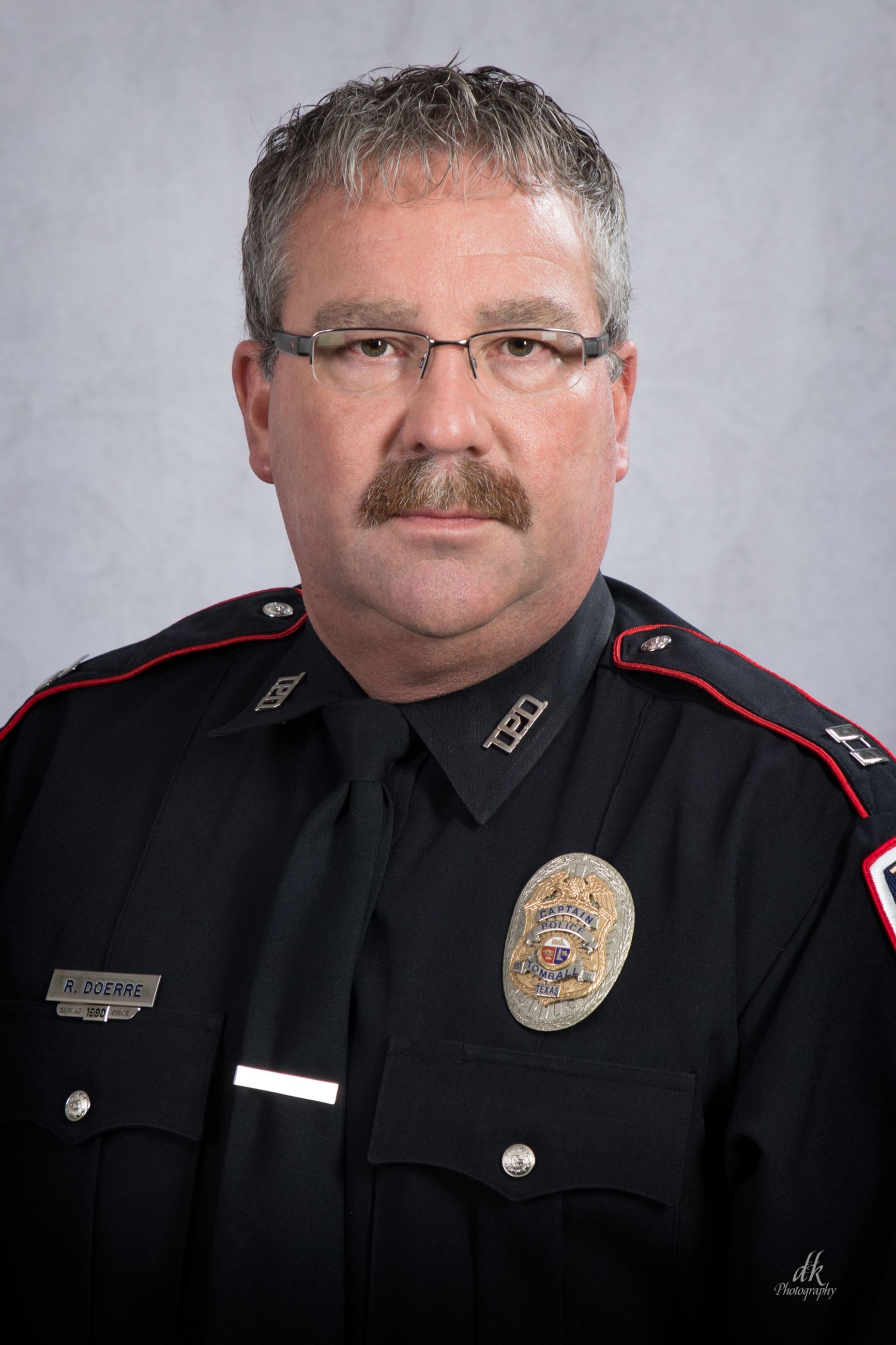 The Investigations Division is responsible for the follow-up investigations of most criminal offenses and other support function of the department. This division is organized into the Investigations Unit, the Communications and Records unit, the Information Systems Unit, and Investigative Services Unit (property / evidence) Personnel, training, and the Criminal Intelligence function. 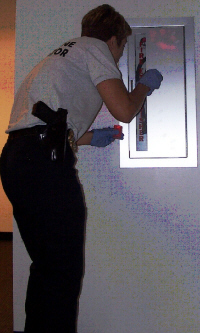 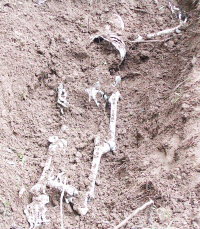